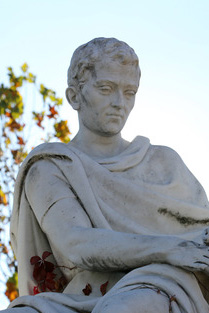 As we move through Lent this year, the Narrative Lectionary progresses through John’s Passion narrative. Last week, the Jewish enforcers arrested Jesus in the garden. They brought him before the chief priests, counterpointed by Peter’s denial. Now, the Jewish authorities deliver Jesus to the “supreme court” of the land, the governor Pontius Pilate. This scene before Pilate functions as a dialog, with all but two verses containing speaking verbs or speech. What is the charge for which the authorities want Jesus condemned? Jesus claiming to the king of the Jews.

King of the Jews

One thing that fascinates me about this accusation is that Jesus does not claim to be a king until his conversation with Pilate. It is the people who were trying “to take him by force and make him king” (John 6:15). However, Jesus clearly admits he is the Messiah to the Samaritan women (John 4). The people’s understanding of Messiah was that he would be anointed as king of Israel. The stated concern of the Jewish authorities is that as the messianic king, Jesus would challenge Roman rule, and precipitate a conflict with the empire (which they assume the Jews would lose). To them, to claim to be the Messiah is to claim to be king, and to claim to be king is to start a rebellion against the Roman Empire.

The Synoptic Gospels are clear that the kingdom of God is at the center of Jesus’ mission. John rarely uses kingdom language in his Gospel, except for in this climactic scene. As with the other Gospels, the Gospel of John makes it clear that Jesus is King, but that he is not the militant king that the people were waiting for. Jesus’ kingdom is not “from” this world. The preposition translated “from” here (ek) has a more complex meaning than the English word signifies. It has the connotation of something originating from somewhere else, but also moving toward here. Jesus’ kingdom does not originate from our world (this cosmos), but from beyond it. But, the kingdom does not remain in “the beyond” but is moving toward our world. The kingdom of God is at hand.

An interesting point of language here: the word translated “followers” in John 18:36 is the same one translated as the Jewish “police” prior to this scene in chapter 18. Perhaps John is making a comparison between Jesus’ subordinates and theirs.

Jesus rules a kingdom founded on truth. The Word in John 1 is “full of grace and truth.” Jesus himself claims to be “the way, and the truth, and the life” (John 14:6). This truth is not just the reliability of claims, but a characteristic of God, and by extension, he who is sent by God. This is the truth which is the basis of a trusting relationship with God (faith). Pilate, probably thinking of the various truths the philosophers argue about, dismissed this concept with a question: What is truth? He misses the point. The truth of Jesus, the truth on which we base our trust, is the very nature of the kingdom of God.

Our free resource this week sets the events of Christ’s passion narrative in a multisensory activity using the tradition of the Stations of the Cross.  Moving, listening, and seeing/manipulating physical objects brings the story of the Passion to life for all ages. This activity comes from our Living the Word: Small Group discussion guides as an aid to worship and can be adapted to many different settings and many different age groups.

For more great ideas on how to engage participants of all ages in the story of God’s love, check out our Living the Word series for elementary students, youth, adults, and intergenerational settings!